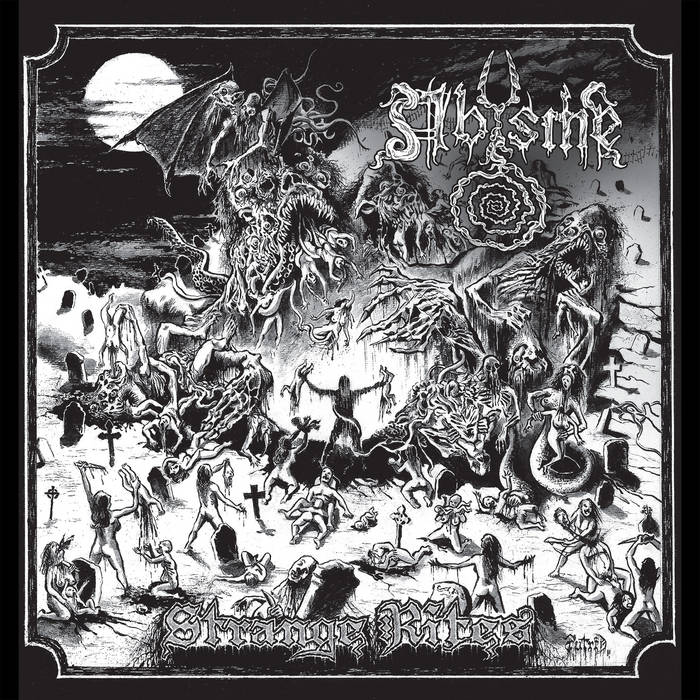 Originally released in 2012 on CD by Hellthrasher Productions, Strange Rites is the first and only full length by the Pittsburgh-based death metal trio known as Abysme. Formed in 2006 and comprised of ex-members of Funerus and Crucial Unit, Abysme practiced their cryptic metal of death for three years before making a permanent mark on the world of man with their now extinct demo tape. Three years later they emerged from the catacombs once more with Strange Rites. Ten tracks of subterranean and eldritch death worship now available for the first time on vinyl only from Ancient Future Records.

Recorded January 2011 at +/- Studios in Pittsburgh, PA by Sean Cho with assistance by Jason Jouver.

Mixed and Mastered March 2012 at Arcane Productions in Phoenix, AZ by Ryan Butler

Bandcamp Daily  your guide to the world of Bandcamp